Breakage and falling of tempered glass in high-rise building projects often appear in the headlines of newspapers, and some high-rise building contractors feel that this is a common phenomenon. Breakage and falling of tempered glass have brought great trouble to building operators. Glass self-explosion poses a serious threat to property safety and will hurt normal operations. However, after the glass is damaged, it is generally processed and replaced immediately, and relevant evidence has not been retained, so it is impossible to study the real cause of the damage in depth. In addition, tempered glass has potential self-explosion problems in the process of manufacture, storage, transportation, installation, and use, which poses a significant threat to personal and property safety. Therefore, glass deep-processing personnel have been looking for measures that can effectively curb the self-explosion of tempered glass. At present, the industry generally believes that the self-explosion rate of glass caused by stones is still as high as 0.3%, but how to evaluate the self-explosion rate of 0.3% has always been quite different. In this article, through the inspection and evaluation of on-site tempered glass, the inspection and testing of the quality of tempered glass products, and the analysis of the reasons for glass damage.

Take a hotel in Chicago, China as an example. The hotel is located in the core area of Chicago City. It is one of the landmark buildings in the city center. Its height of 200m is impressive. A place for business events. The building area of the hotel is 14,000㎡, hotel-2F, 51F above the ground, the building height is 196.3m, and the structural property is a frame tube structure. The curtain wall glass installation of this project started in June 2006 and was completed on January 8, 2008, including exposed frame glass curtain wall, semi-hidden frame glass curtain wall, and fully hidden frame glass curtain wall. The light-transmitting part of the main building is  (8 Low-E+ 12A+8 Low-E) mm glass. However, after the completion acceptance, from May 2008 to November 2012, 402 pieces of glass in the main building were damaged successively, and the damage ratio reached 5.7%, much higher than 3% in the industry. On average, the high breakage rate has seriously affected the normal operation of the hotel. Therefore, the hotel entrusts the inspection agency to analyze and evaluate the product quality. 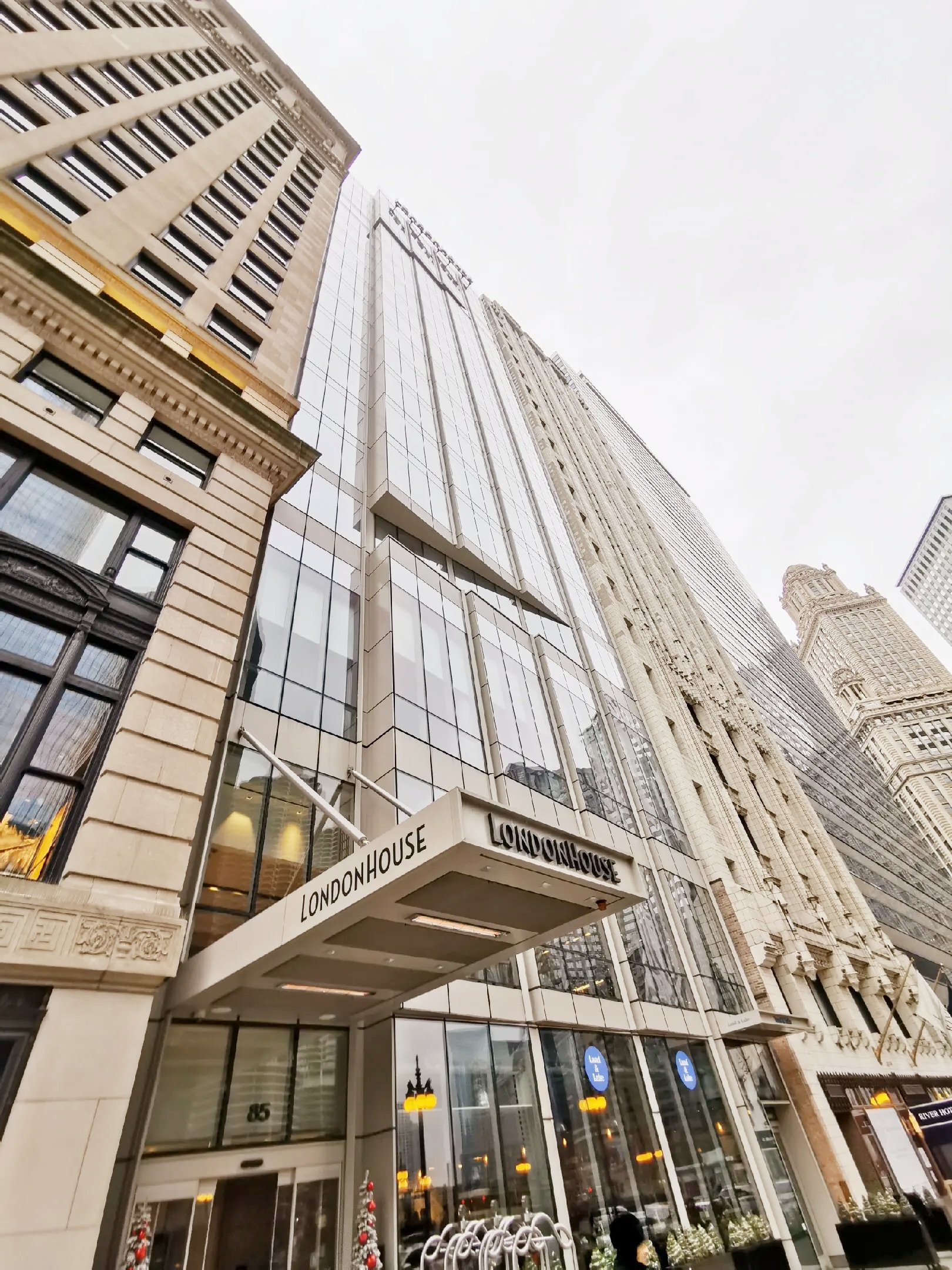 Figure 1 The curtain wall glass installation of the Chicago Hotel

During the on-site investigation, it was found that glass breakage occurred on different floors. The phenomenon of glass breakage is similar. There are no impact marks on the glass surface, and there are clear spiral-shaped cracks in the center of the damage. The size of the fragments is inconsistent, and some fragments are found to be too large. Distinctly butterfly-shaped fragments and fine black spots can be observed on the common border of the butterfly spots. 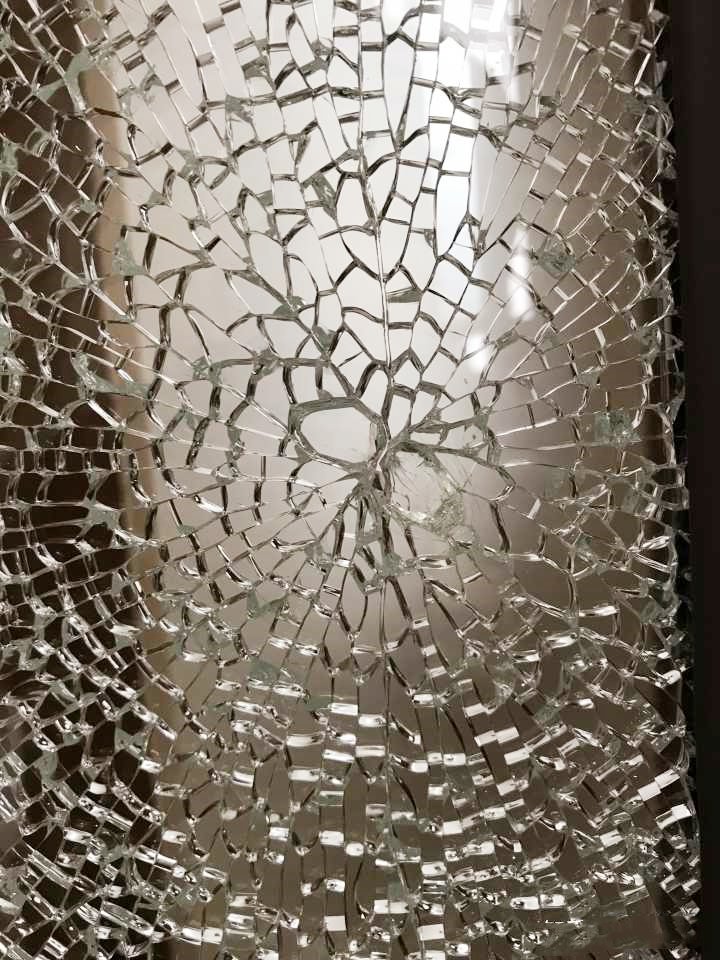 Under normal circumstances, the reasons for the breakage of tempered glass are more complicated, mainly involving curtain wall design, product quality (including glass original production, tempering processing, etc.), installation and construction, use, and other aspects. Combined with the problems found on site, it is preliminarily suspected that the possible reasons for the glass breakage this time are mainly caused by uneven stress distribution after tempering, large particle size, and poor quality of the original glass.

3 The experimental verification for the problems of this project

According to the contract and related damage photos and materials provided by the entrusting party, according to the international industry standard "Safety Glass for Construction Part 2: Tempered Glass", "Electron Probe Quantitative Analysis Method for Silicate Minerals" and other relevant standards and specifications, etc. . Detect related items such as surface stress, fragmentation state, and component analysis of tempered glass.
The samples required for the test were sampled on-site, and the surface stress, fragment state, and fragment composition analysis were tested respectively. This test covered most of the floors of the high-rise glass building. Since the debris state test is a destructive test, considering that the project has been put into use, to minimize the loss of related parties, 3 groups of glass (15 pieces) were selected for the overall project, grouped and numbered on site, and the samples were sealed. Take the 7th to 32nd floors of the project as group A, the 33rd to 55th floors as group B, and the 1st to 6th floors as group C, and each group randomly draws 5 samples, one of which is a preparation sample. The above samples were grouped and numbered and sealed on site. Due to the limitation of site construction conditions, only 12 samples sampled were disassembled and sent to the laboratory. 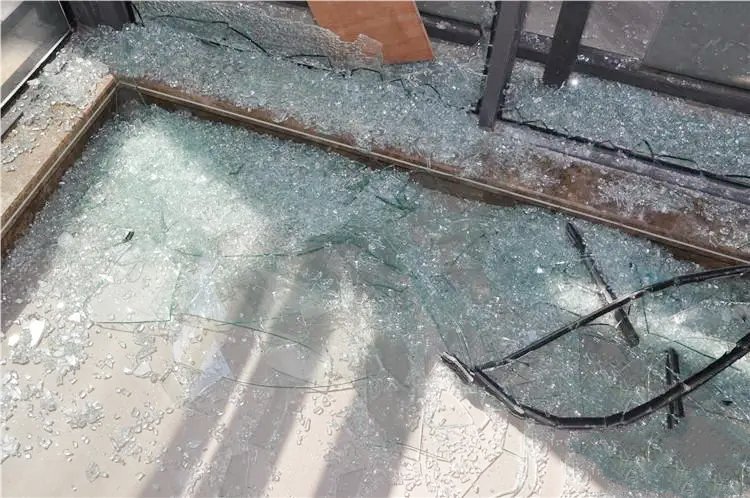 (1) Detection and analysis of surface stress and fragment state.

On-site surface stress detection, according to the requirements of international industry standards, the surface stress is N90MPa, take 3 samples for testing, when all meet or 2 samples meet, and the additional 3 samples are all met; when 2 If the block sample does not meet the requirements, it is considered unqualified. The test covered 18 groups of samples on 20 floors, and it was found that the test results of 3 groups of samples were V90MPa, which did not meet the standard requirements.

The laboratory conducts fragmentation state tests on samples of Groups A, B, and C. According to the standard requirements of international industry standards, four glass samples are taken for testing. The minimum number of fragments in any 50 mm*50 mm area of each sample is 40 pieces, a small number of long pieces with a length of 5 mm is allowed. Among them, the test results of Group A and Group C did not meet the standard requirements.

It was found at the scene that the 52nd, 55th, and other floors of the hotel were damaged but still in place. The laboratory analyzed the composition of 3 broken glass samples (including the butterfly spots at the initiation point) and analyzed the three samples with an electronic probe instrument. The black impurity spots on the common side of the butterfly spots were all detected, and the appearance was spherical and convex. Standing on a cross-section of glass, its appearance is different from that of glass material. The main components obtained from the analysis are sulfur (S) and silver (Ni).

According to the site investigation and relevant test results, the cause of the glass breakage was analyzed to be caused by the production process and the impurities in the original glass sheet.

According to the test data, it is known that the inspected product has unqualified surface stress and fragmentation state, and the reasons for the unqualified product quality may be as follows:

Partial blockage of the cooling air grid or design and manufacturing defects of the air grid cause uneven air blowing and uneven cooling of the glass plate surface.

(3) The process system setting of heating and cooling is unreasonable.

Glass deep-processing practitioners are eager to increase the output of tempered glass, and the furnace charging rate is high, which makes the furnace temperature drop too fast, and the heating system has insufficient heat replenishment capacity.

There is no external force impact that causes the glass plate to break the characteristics. Generally, the damage characteristics of glass plates caused by external force are: the damage center is identifiable, the center is in the shape of a divergent helix, and it is distributed radially from the center in a network shape, and there are missing glass fragments and depressions in the area where the external force acts. The on-site survey conducted 3 pieces of broken glass that remained in place, and the broken state did not meet the above characteristics. The damage of the three pieces of glass that remained broken was in line with the typical self-explosion characteristics of tempered glass, and the harmful impurity magnesium sulfide caused the self-explosion damage of the three pieces of glass. Generally, the self-explosion of tempered glass caused by internal harmful impurities (silver sulfide, elemental silicon, etc.) is characterized by: a clear spiral-shaped crack in the center of the damage, generally composed of two small polygons with common sides, similar to two butterfly wings Shaped pattern (commonly known as butterfly spots), and there are tiny black spots on the common side. The damage of three pieces of glass that remained broken during the on-site survey all conformed to the above-mentioned self-explosion characteristics. And 3 pieces of damaged glass samples (including the butterfly spots at the initiation point) were quantitatively analyzed by electronic probes, and sulfur and sulfur components were found in the damaged center, indicating that the small black spots are magnesium sulfide impurities, and the impurity content of the original glass is equal to the diameter of the impurity particles. On the high side. According to the above analysis, it can be concluded that the possibility of glass damage caused by internal harmful impurities is relatively high. Estimated based on the glass density of 2500 kg/m³, according to the data provided by the entrusting party, 7054 pieces of insulating glass were installed in the main building of the hotel, with a total weight of about 708t. From May 2008 to November 2012, 402 pieces of glass in the main building were damaged, that is, about one impurity particle per 1.8 tons of glass, which far exceeds the average level of one impurity particle in 4-12 tons of raw materials in the glass industry, indicating that the original glass involved in the case has a high impurity content. 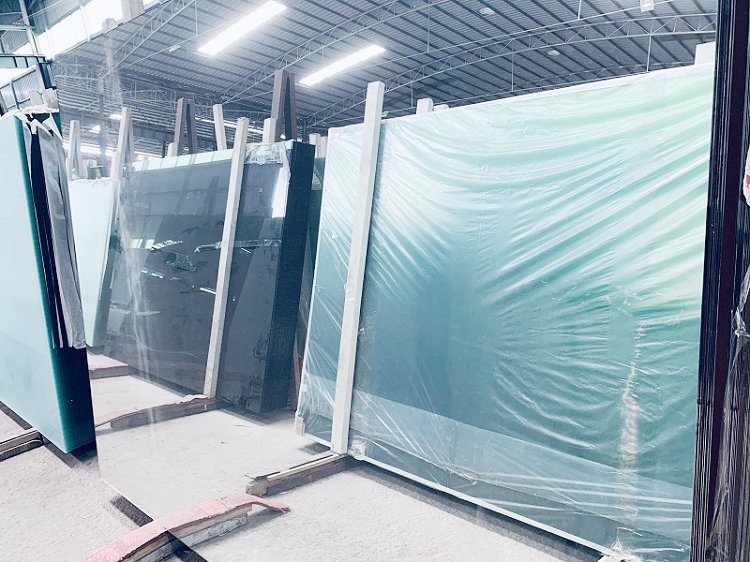 Figure 4 The original sheet of toughened glass has high impurities

(1) The broken glass confirmed for this project should be replaced promptly, and necessary warnings should be given to the glass that has not been replaced yet, to avoid secondary damage and bring safety risks.

(2) The quality of the original film.

Tempered glass generally uses flat glass as the original piece. Flat glass shall comply with the relevant provisions of the international industry standard "Flat Glass", and the quality requirements of first-class products in the standard may be selected if conditions permit.

Homogenization treatment is one of the effective methods to completely solve the self-explosion problem. According to the international industry standard "Safety Glass for Buildings Part 4: Homogeneous Tempered Glass", the tempered glass can be reheated to 280°C and kept for at least 2 hours. The time required to make the glass that may self-explode is broken in advance during the homogenization process, thereby avoiding subsequent self-explosion.

Tempered glass should comply with international industry standards, and the production process control should be strengthened during the production process. The edge processing should be chamfered and edging to reduce stress concentration. Do a good job of protecting the finished product to prevent problems such as edge bursting, cracks, and missing corners during transportation.

To sum up, the reason for the breakage of the tempered glass, in this case, can be attributed to many factors such as the large number of impurities in the original glass and the control of the production process. We can increase prevention and improvement measures in production, processing, installation, and design to effectively reduce the damage of tempered glass. In the stage of damage, the following procedures can generally be adopted for analysis.

(1) Understand the request of the entrusting party, and collect the relevant design, installation, and product information of the glass curtain wall;

(3) Formulate a sampling plan, take samples on site, and test the fragmentation state and surface stress performance of tempered glass in the laboratory;

(4) Look for the fragmentation point and analyze the composition of the silicate to see if there are impurities;

(5) According to the analysis results, trace the most probable cause of glass damage;

(6) Take remedial measures for the glass according to the cause of the damage.