When constructing glass buildings, should Low-E glass be online or offline? 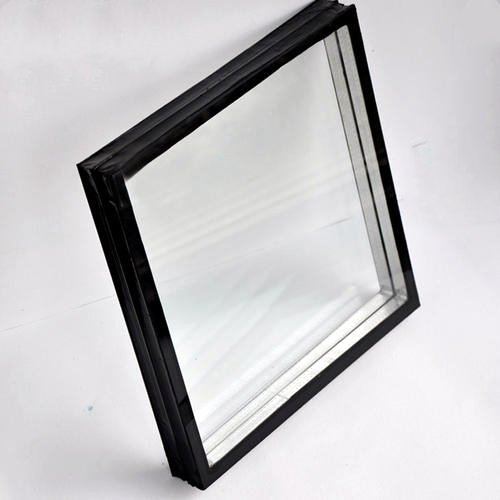 Low-E glass (Low Emissivity Glass), as a kind of coated glass, not only has high visible light transmittance but also has the characteristics of strong infrared blocking, which can play the dual functions of natural lighting and heat insulation and energy saving. It is more and more widely used in construction. Low-E glass is mainly divided into "offline" and "online" according to the manufacturing process. So what characteristics do different production methods bring to the application of the product? As a design institute, how can Party A judge its cost performance?

1. What is the difference between the two concepts?

2. What is the difference in optical performance?

Offline Low-E glass has a multi-layer structure, which can control the reflectance and reflection color of visible light and infrared wavelengths through the interference of light between the layers. The optical performance indicators cover a very wide range.

On-line Low-E is generally a single film structure, and its color and reflectivity are mainly determined by the performance of the film itself, so the optical performance coverage is small.

3. What is the difference in energy-saving performance?

Energy saving is the main characteristic of Low-E glass, and it is also a technical indicator that users care about. Low-E glass is generally made into the hollow glass and used in buildings. The mainstream product structure is tempered Low-E hollow glass, which combines the two energy-saving forms of Low-E and hollows into one. It is a perfect combination and complements each other. The structure of laminated Low-E, laminated Low-E hollow, or tempered laminated Low-E hollow glass can also be used, which can provide better safety. In terms of energy saving, the shading coefficient Sc value of offline Low-E glass has a larger control range, which can be as low as 0.2 or less to more effectively block solar heat radiation, or as high as 0.7 or more to collect more sunlight. Thermal energy, which is very necessary to meet the energy-saving requirements of different climate regions. In addition, offline Low-E also has a lower heat transfer coefficient K value and better thermal insulation performance.

In comparison, it is difficult to reduce the shading coefficient Sc value of online Low-E glass below 0.4. Under the same hollow glass structure, its heat transfer coefficient K value is also higher than offline Low-E, so the overall energy-saving effect is slightly worse. But the energy-saving effects of both are undoubtedly higher than that of non-Low-E glass products of the same structure by 40-50%.

4. What is the difference in machinability?

Online Low-E glass can be directly tempered, heat-increased, and hot-bent, and can be directly made into the insulating glass; while offline Low-E glass is generally made into insulating glass by first tempering white glass, and then coating. The early offline Low-E film cannot be thermally processed, otherwise, the film will be damaged and the Low-E function will be lost. The current coating technology has been able to mass-produce offline Low-E glass that can be tempered in different places, that is, first in the large plate. After coating the original piece of glass, it is transported to another place for tempering and synthetic hollow processing. At present, the products produced in this mode have become the mainstream products of Low-E insulating glass for building doors and windows. When synthesizing insulating glass with offline low-emissivity glass, it is necessary to remove the film on the edge of the glass to ensure the airtightness of the insulating glass and prolong the service life of the product.

5. What is the difference between variety and appearance?

There is a single variety of online Low-E glass. Due to the limitation of the large-scale production of float glass, generally only products with a thickness of 4-6mm are produced, and products with a thickness of 8mm and above are rarely produced due to market reasons. The color of the film layer is mostly gray and colorless and transparent. If other colors are needed, it needs to be coated on the colored glass. Considering the long period of the float glass production process to change the color, the flexibility of changing the color is poor. Offline Low-E glass is used to control the optical performance of the product by adjusting the material and thickness of each film layer. Therefore, the product variety is rich and diverse. Products with high, medium, and low light transmittance and reflectance can be made according to user needs. A variety of color series such as silver, gray, blue, green, brown, gold, and colorless and transparent are produced on colorless transparent glass, and more colors can be produced if matched with colored glass. The thickness can be produced from 3-19mm.

6. What is the difference in performance parameters? 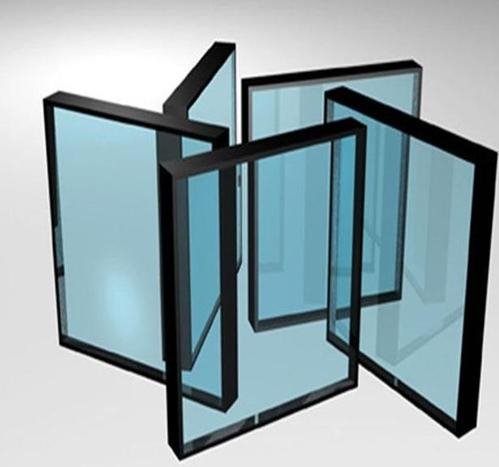 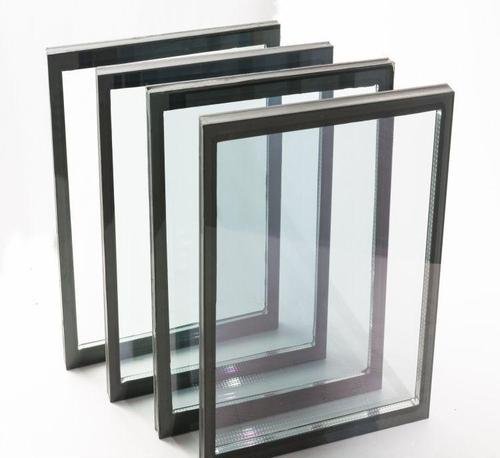 7. What is the difference in electromagnetic shielding performance?

8. What is the difference in product applicability?

9. What is the difference in durability?

The online Low-E glass uses a tin dioxide semiconductor film, and its surface emissivity is 0.17-0.25. The tin dioxide semiconductor layer has very good chemical stability, so it can remain stable even in a bare environment. Change, whether it is used as a single piece or combined into the hollow glass, the film performance can be guaranteed to never attenuate. Traditional offline Low-E glass uses metallic silver as a functional film to block infrared radiation. The initial emissivity of the film layer is 0.05-0.15. However, if the silver layer comes into contact with trace amounts of sulfur and oxygen in the air, a chemical reaction will occur. The emissivity will be significantly increased, which will increase the heat transfer coefficient of the glass, and cause serious discoloration of the glass film. The current coating technology can make the protective layer very dense to improve the corrosion resistance and scratch-resistance of the Low-E film. Even so, offline Low-E glass cannot be used as a single layer. A new product recently launched on the market-offline silver-free Low-E glass, its functional layer blocking infrared radiation is a semiconductor compound, the film is corrosion-resistant and scratch-resistant, so the film surface can be exposed in the indoor natural environment as a single piece Use, or use it as a sandwich Low-E structure product.

10. How cost-effective is the glass?

In developed countries such as Europe and the United States, there are corresponding laws and regulations, so that users and manufacturers can only use Low-E glass and make it into an insulating glass structure to meet the energy-saving indicators specified in national laws and regulations. Chinese country's current "Design Standards for Energy Efficiency of Public Buildings" and "Design Standards for Energy Efficiency of Residential Buildings" also stipulate energy-saving indicators in different climate regions. From the value of indicators, only Low-E insulating glass can meet the design requirements. The state encourages users to use Low-E products to facilitate energy conservation and environmental protection, improve air quality, and improve the living environment.

Finally, Jinan LIJIANG Glass would like to remind you that whether offline Low-E glass or online Low-E glass is essentially coated glass, it has similarities to a certain extent. In actual applications, it should be selected according to architectural design requirements and construction costs. good. The current status quo is that the utilization rate of offline coated glass in large public construction projects is as high as 98%, while the utilization rate of the two in civil residential projects is equivalent. This is mainly determined by its performance and price. In the past, white glass was mostly used in civil residences. After all, the performance of online coated glass is better than that of white glass, and the price is relatively cheap, so it is more suitable for civil residential use. Public building projects pursue building grades, appearance and color effects, and higher energy-saving requirements, and use high-end offline coated glass products.