How much ultraviolet light can Low-E glass attenuate? 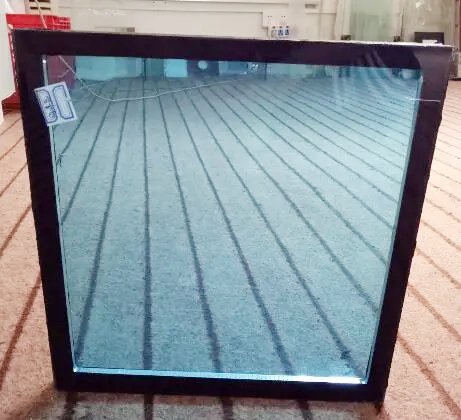 The role and influence of ultraviolet light

In sunlight, ultraviolet radiation with a wavelength below 300 nm is almost completely absorbed by the atmosphere. The ultraviolet radiation reaching the surface generally only contains components with a wavelength of 300 nm to 380 nm, namely UVA and part of UVB. Almost all UVCs that can be touched in daily life come from lightning or artificial light sources, which are beyond the scope of this chapter.

1.1 The role and impact on human health

An appropriate amount of ultraviolet rays irradiate the human body, which has certain benefits to the human body, and the appropriate amount of UVB can promote the production of vitamin D. However, the human body is exposed to excessive ultraviolet radiation, which will cause a series of changes in the body, causing harm to human eyes, skin, immune system, etc. UVA can be absorbed by the lens, causing lens damage and causing non-congenital cataracts. In addition, excessive ultraviolet radiation can cause damage to the retinal macular area, cause macular degeneration, and even cause vision loss. The main components of ultraviolet rays that cause skin damage are UVA and UVB. Long-term exposure to ultraviolet rays can cause skin erythema, swelling and pain, itching, thickening of the epidermis, pigmentation, and photoaging, and even skin tumors. The skin is an important immune organ and the human body’s first line of defense. Ultraviolet rays can damage the skin and cause a series of inflammations, which reduce the body’s ability to resist external invasions. It also inhibits the vitality of immune cells and reduces human immunity.

Sun protection tips: Sunglasses should be worn outdoors in strong sunlight. In the case of long outdoor activities, eat less or no "photosensitive" vegetables and fruits, such as spinach and mango.

1.2 Impact on bamboo and wood materials

Bamboo and wood materials and their products are the most basic materials used in people's daily life. They are widely used in interior decoration, furniture, flooring, etc., and are also the basic raw materials for paper products such as books, calligraphy, and painting. The main components of bamboo and wood materials such as cellulose and hemicellulose absorb ultraviolet rays to a certain extent. After absorption, the molecular structure will be damaged to varying degrees, and its physical and chemical properties will also be seriously affected, which ultimately affects the stability of bamboo and wood materials. Performance, durability, aesthetics, etc. Cellulose can absorb light in the entire ultraviolet band, and the absorption tailband can be extended to 400nm [4], that is, UVA and UVB have different degrees of absorption, resulting in the phenomenon of cellulose aging, and hemicellulose has an effect on light energy. The absorption characteristics of cellulose are similar to those of cellulose.

Polymer materials include plastics, rubber, fibers, films, adhesives, and coatings, etc., which are widely used in indoor furniture and installations. When polymer materials are irradiated with light, the molecular chains of the materials are broken, the physical and mechanical properties have deteriorated, and the chemical structure is changed, thereby partially losing or losing its use-value, and appearing hard, sticky, brittle, discolored, and losing strength. It is the photo-aging of polymers. The shorter the light wave, the greater the energy of the light. It can be seen from Table 1 that the energy of ultraviolet radiation is generally higher than the energy required to cause chemical bond breakage, which can cut the chemical bond of most polymer materials. In addition, the actual use environment of polymer materials is mostly The presence of oxygen will also accelerate the photoaging process.

The GlassSpec2500 building glass sunlight band spectrophotometer is used to measure the ultraviolet transmission of common glass. The measuring wavelength range of this instrument is 300nm～2500nm. It can directly measure the ultraviolet transmittance of hollow glass without destroying the hollow glass structure and has spectral data export. The function can meet the measurement requirements, the appearance of the instrument is shown in Figure 1. 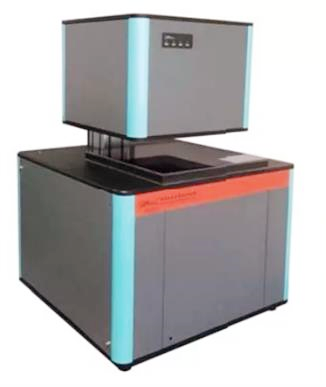 Ultraviolet transmission measurement of double-glass insulating glass made of ordinary and ultra-white float glass. The glass structures are (6mmClear+12Air+6mmClear) and (6mmSuperClear+12Air+6mmSuperClear). Table 2 shows the UV spectrum data derived from the instrument. 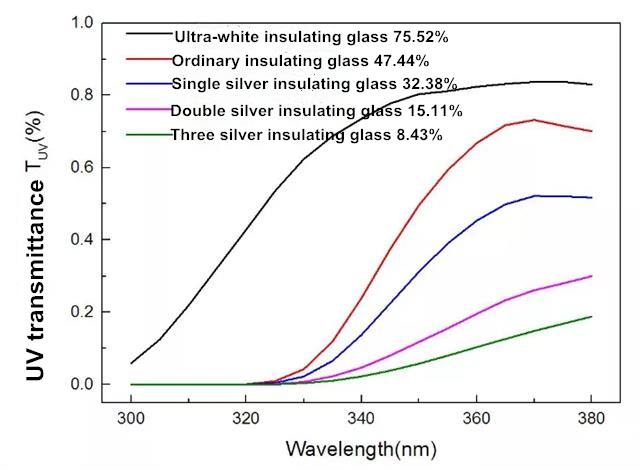 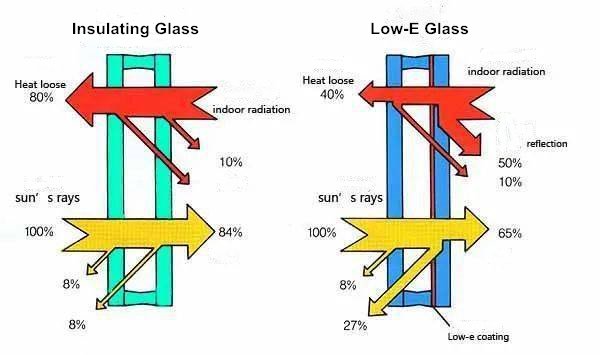 The Insulating glass or Low-E glass to ultraviolet rays 1

Is it necessary to consider the attenuation of Low-E glass to ultraviolet rays?

Whether it is necessary to consider the UV attenuation of Low-E glass is related to the function of the building and the people and facilities inside.