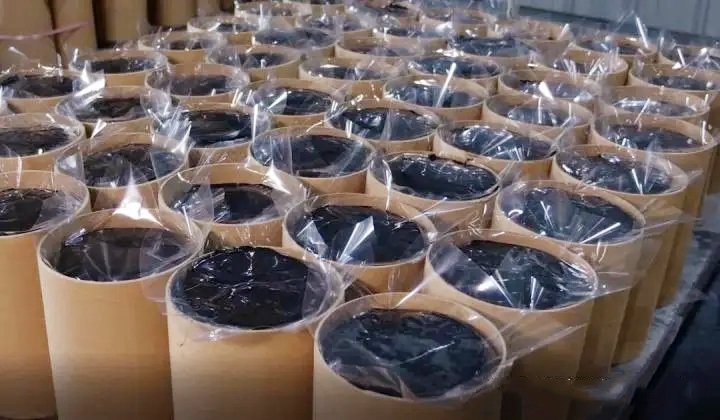 The purpose of this article is to describe the basic content of the sealing structure of insulating glass, discuss the changes in the market share of insulating glass sealants and their reasons, the concept, characteristics, and advantages of new sealants, including physical, economic and technological aspects.

The function of the first sealant.

(3) Prevent air and inert gas from entering and leaving the hollow glass cavity.

The role of the second sealant.

(1) Bond the glass and the spacer into a whole insulating glass;

(2) Prevent the leakage of molecular sieves outside the school;

(4) It plays an auxiliary role in preventing the penetration of water vapor. 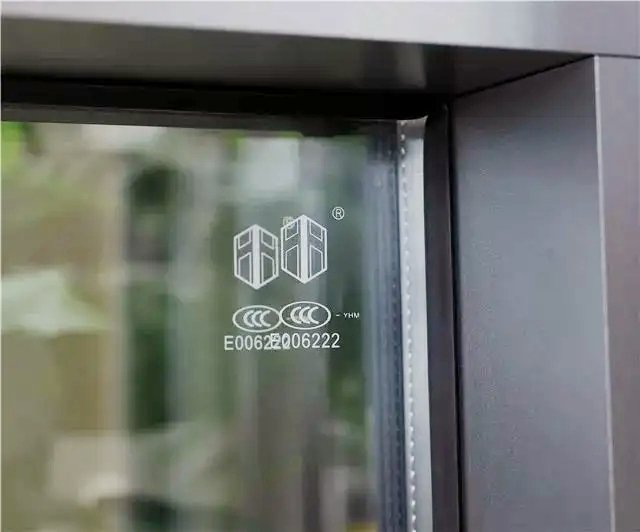 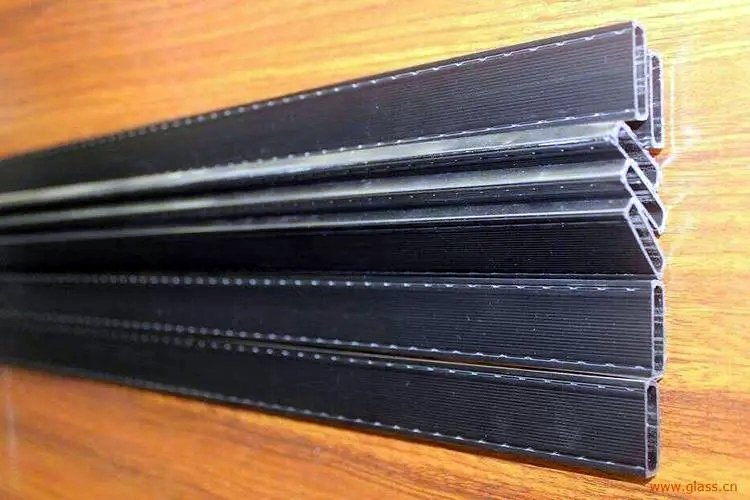 In Europe, double seals have always dominated. According to statistics, in 1990, double-channel sealing accounted for 90% of the overall insulating glass market share, and in 2002 its market share was still 90% with no change. But over the same period, single-pass seals dropped from 8% in 1990 to 2%. See Table 1.

Why do single-pass seals have a larger share in North America than in Europe?

move relatively frequently or not

Residents in Europe live relatively stable life. Therefore, they attach great importance to the energy saving of the windows of the houses they live in, especially the durability and airtightness. In contrast, residents in North America move many times in their lives, and each time they move, they may decide whether to update the windows depending on the specific conditions of the doors and windows. Relatively speaking, unless the move is a permanent residence, the shelf-life requirements for updated windows will be lower than those in Europe.

From the point of view of production use

The main purpose of using hot melt butyl rubber (HMB) and Swiggle Strip is the convenience of production and use. Most of the door and window manufacturers in the United States have their insulating glass lines, which are matched for themselves, and mostly use horizontal lines, which require simple processes and can be quickly transported and installed. The production of insulating glass in Europe is a mainly vertical line, which is matched for door and window manufacturers, so double-channel sealing is adopted.

From the scope of use

In the United States, single-pass sealing is mainly used in temperate regions. The testing standards for insulating glass in the United States are also relatively loose, making it easier for insulating glass with a single-channel sealed structure to pass the test. Europe is more cautious, and northern Europe has lower temperatures in winter, and the standards tend to be consistent.

Because of the short sealing life of single-channel sealing, which cannot meet people's demand for high-grade insulating glass, manufacturers have to abandon single-channel sealing and adopt double-channel sealing to improve the sealing life of products. However, in terms of specific practices, the paths taken by Europe and North America in adopting double seals are different. The transition from single-pass sealing to double-pass sealing involves a structural transition of insulating glass. This structural transition occurs mainly in Europe, followed by North America.

There are two main forms of double seal structure:

Butyl + Polyurethane or Polysulfide or Silicone

The purpose of research and development of reactive hot-melt adhesive: Conventional hot-melt butyl glue is mostly used for the single-channel sealing structure of insulating glass, which has the advantage of convenient production. On the other hand, when conventional hot-melt adhesives are mostly used for single-pass sealing, they lack structural strength, resulting in short durability and short sealing life of the insulating glass. The single-channel sealing structure using conventional hot-melt adhesive cannot meet people's requirements for improving the sealing life of the insulating glass and must be changed. But people in Europe and North America adopted a different approach. In Europe, people are moving from single-pass seals to warm-edge double-pass seals such as Thermoplastic Spacer Bars (TPS) and dual-pass seals for Super Spacer Bars. However, in North America, people are exploring and developing a new type of sealant, which has the advantages of convenient production of conventional hot-melt adhesives and low water vapor permeability, and at the same time has the advantages of two-component sealant structural adhesives. Under such logical thinking, some insulating glass sealant manufacturers in the United States independently researched and developed reactive hot melt adhesives from 1995 to 1996, aiming to solve the problem of sealing failure caused by ordinary single-pass sealing.

Has the characteristics of two-component glue

Has the characteristics of conventional hot-melt butyl rubber

Structural strength is greater than other one-component sealants

Equivalent to a double seal

What is the difference with two-component glue?

The concept equivalent to double sealing was proposed by Pittsburgh Flat Glass (PPG) Company, which refers to the reactive hot melt adhesive used for its patented U-shaped spacer. 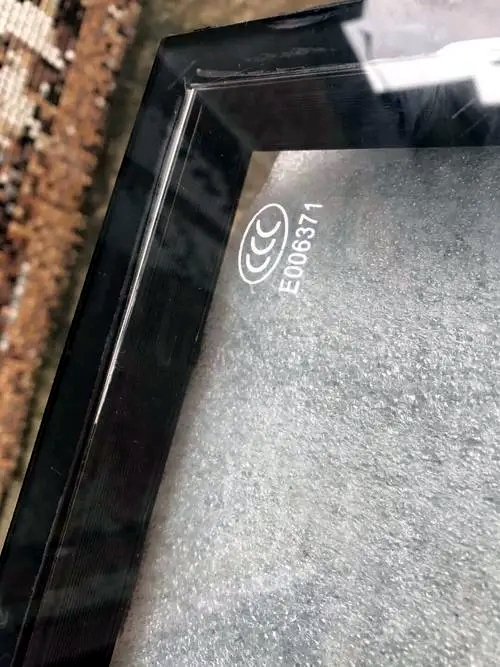 Below we analyze the reasons for the changes in the market share of insulating glass sealants. We believe that there are two main reasons for the increase in the use of polyurethane sealants, including basic reasons and fuses.

American Morton Company is the largest manufacturer of polysulfide collagen in the world. The company's parent company, American Rohm & Hass Company, officially announced on April 26, 2001, that the company decided to officially close its factory in Moss Point, Mississippi, USA at the end of 2001 to stop producing insulating glass polysulfide rubber.

According to R&H company's explanation, the reason that influenced R&H company to launch the production of polysulfide rubber is

Experimental method: Immerse the sealant in water at a temperature of 60°C for two months.

3. Polyurethane does not produce glass stress caused by glue shrinkage

As the solvent evaporates from the edge-sealed colloid (such as polysulfide), although the sealant still maintains full contact with the glass, the stress generated by the shrinkage of the colloid becomes the stress applied to the glass. Stress fulcrum action. The effect of stress depends on the thickness of the glass, the size of the air spacer, and the size of the insulating glass, and is most pronounced for the original glass and the large spacer. This stress can be reduced by the relaxation of the sealant, which increases the water vapor transmission area of the insulating glass, or it becomes permanent stress resulting from glass deflection. This stress increases the likelihood of the glass sheet cracking in the first winter after installation, because the insulating glass will deflect inwards in winter, reducing the "first winter" of the insulating glass

Seasonal "breakage" possibility. Reports from some countries with severe climates show that the insulating glass made with solvent-free polyurethane glue has a breakage rate of 0.5% during production and "first winter" to close to zero.

4. No special requirements for storage and handlingUsually, the solvent added to the polysulfide glue, such as toluene, methyl and ethyl ketone, etc., is flammable, which leads to a decrease in the ignition point of the glue after mixing. The ignition point of polyurethane insulating glass glue is greater than 93.3 ℃.

5. Does not contain organic volatile solvents, so there is no need to use a desiccant that adsorbs solvents. In contrast, when using polysulfide rubber, the solvent can consume 5% to 10% of the adsorption capacity of the adsorbent.

6. Better performance of adsorbent. Since it is not necessary to consider the presence of volatile solvents when selecting adsorbents, the use of polyurethane insulating glass makes the selection of desiccants easier. Since the solvent may exist in the insulating glass-like water vapor, most of the above adsorbents can absorb solvent gas from the sealant.

7. Reduce glass breakage during production. Since solvent volatilization produces stress on the glass, if the stress is too large, the glass may be broken for single-strength insulating glass with large stacks and medium-to-large air gaps. When the glass stack is cut away, only one piece of the 30-piece glass stack may be broken, or it may be a small percentage. When the edge sealant is a solvent-free urethane glue, the cracking of the glass during production is greatly reduced. This reduction is independent of other variables such as glass deflection and breakage.

8. Compared with polysulfide rubber and silicone rubber, the water vapor permeability of polyurethane is the lowest. Under the condition that other conditions remain unchanged, the sealing life and durability of insulating glass made of polyurethane should be longer.

After analyzing the physical and chemical characteristics of polyurethane, it is necessary to look at its production cost and process to complete the analysis of the basic reasons for polyurethane replacing polysulfide rubber.

From a cost perspective,

Calculated by weight, the price is slightly lower than that of polysulfide rubber;

Calculated according to the material saved in production, it is about 10% lower than that of polysulfide rubber;

Therefore, under the condition of using the same butyl glue, the production cost per unit of insulating glass is saved by more than 10%.

From the point of view of the production process,

Polyurethane rises, and reactive hot melt adhesive rises. Polyurethane market share continues to increase. Within two years, the ratio of polyurethane to polysulfide rubber in the European market will be changed from the current 1:1 to 4:1.

The single-pass seal drops further but doesn't disappear completely. Because, there are always some manufacturers who use single-channel sealants for one reason or another, such as to meet certain market requirements.