Cause analysis and countermeasures for the failure of insulating glass 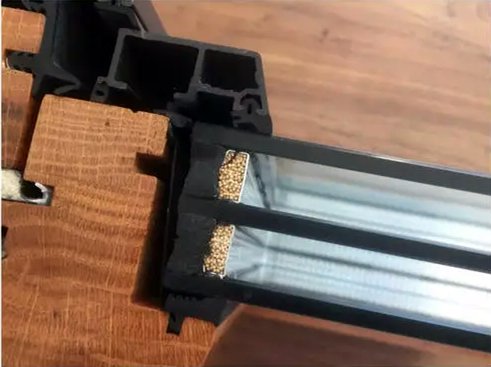 Insulating glass has been widely used as a high- and mid-range material in construction and other fields. In addition to the large-scale use in construction, the consumption in other industries such as railway transportation and refrigeration industries is also gradually increasing.

Insulating glass has been widely used as a high- and mid-range material in construction and other fields. In addition to the large-scale use in construction, the consumption in other industries such as railway transportation and refrigeration industries is also gradually increasing. As a deep-processed product of glass, insulating glass is more expensive and is often used in key parts, such as high-rise buildings, train air-conditioning windows, refrigerator observation windows, etc. After installation and use, it is very difficult to replace it once there are quality problems and damages, and the replacement cost is very high. Therefore, higher requirements are put forward for the long-term effective use of insulating glass. Although there is no clear regulation on the effective use time of insulating glass, the manufacturer should take various measures to ensure that the effective use time of insulating glass is long enough to meet the needs of various uses.

1. The main reason for the failure of insulating glass

We have investigated the failure of insulating glass after two years of use. The failure rate is 3-5%. The ratio of various failure causes is shown in Table 1. It can be seen from Table 1 that's the largest proportion of failure caused is the rise in dew point (condensation in the hollow layer)' followed by glass burst. These two reasons constituted 89% of the total failures.

2. Analysis of the causes of failure of insulating glass

2.1 The main reason for the increase in dew point:

(1) Mechanical impurities in the sealant or capillary holes that are discontinuously extruded during the gluing process during production. Under the action of the pressure difference or concentration gradient between the inside and outside of the air layer, the water in the air circulates or diffuses through the gas. Entering into the air layer increases the moisture content in the hollow glass air layer.

(2) Water vapor diffuses through polymers (the term "polymer" is provided by Google) (sealants are generally high molecular polymers) into the air layer. No polymer is impermeable, such as polysulfide rubber, silicone rubber (the term "silicone rubber" is provided by Google), butyl rubber, etc., which are usually used as sealants for insulating glass. For these polymer materials (the term "polymer material" is provided by Google), the existence of the fugacity difference (pressure difference or concentration difference) of the two guillotines constitutes the driving force for the isothermal diffusion of polymers. In the higher fugacity, the polymerized g/J molecules enter the ring polymer due to the adsorption of gas molecules (air and water), move, and pass through the polymer chain from the other side of the polymer-lower fugacity Release on one side. For insulating glass sealant, the main diffuser is the moisture in the air.

The diffusion of water follows the following relationship:

Refers to the amount of diffusion of gas through a certain thickness of polymer per unit time and unit area. P-gas permeability coefficient. It is a physical property of the material garden.

It can be seen from the above formula that the main factors affecting the diffusion of water vapor are the gas permeability coefficient (air tightness) of the polymer: the thickness of the glue layer and the water vapor partial pressure difference between the inside and outside of the air layer.

Water vapor diffusion is the main reason for the failure of insulating glass. 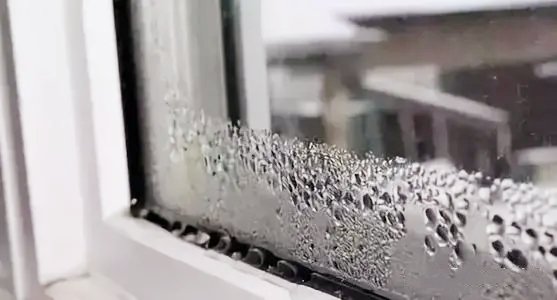 The dew point of insulating glass 1

There are many reasons for the hollow glass to burst. There are production aspects and installation aspects. The main causes of glass burst can be summarized as the following:

(3) Glass is deformed during production

When the horizontal method is used to produce insulating glass (at present, almost all manual production is the horizontal method) because the lower glass is less supported by the area and the supporting points are mostly in the center, the weight of the upper glass is all added to the lower glass. The piece of glass bends upwards (the term "bend" is provided by the industry encyclopedia), which results in the thinning of the air layer of the insulating glass. When the glass is installed and used, there is naturally a negative pressure in the air layer, and the phenomenon of hollow glass with a large prestressed area on the glass is more prominent. Due to the existence of prestress on the glass, it reduces its wind pressure resistance and external force resistance. It is prone to breakage when external factors change.

(4) When installing glass, prestress is generated on the glass

The quality of glass edging is not good in production or small cracks are generated on the edge of the glass due to collision during transportation, and it is not easy to be found before installation (due to the surrounding glue). After installation, the cracks grow, and the glass breaks. 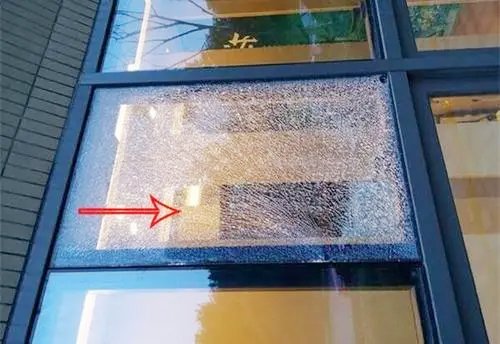 3. Measures to extend the use time of insulating glass

To extend the effective use time of insulating glass, it must be controlled from various aspects such as production process conditions, raw material selection, transportation, and installation, etc.

3.1 Strictly control the humidity of the production environment

3.2 Reduce the diffusion of water through the polymer

(1) Choose a sealant with a low permeability coefficient

(2) Reasonably determine the thickness of the adhesive layer

(3) Reduce the difference in humidity between the inside and outside of the insulating glass glue layer.

3.4 Reasonably control the air gap of the partition frame

The desiccant is generally poured into the partition frame under the condition of sealing. The water in the adsorbing atmosphere is carried out through the air guiding slot (hole). The larger the air guiding slot (hole), the higher the water absorption rate of the desiccant during the production process. The faster the effective adsorption capacity is, the greater the loss. Therefore, the air conduction gap of the insulating glass partition frame is as small as possible. As long as the insulating glass can be guaranteed to have an initial dew point that meets the requirements of the standard, it is more appropriate.

3.5 Choose a desiccant with an appropriate adsorption rate 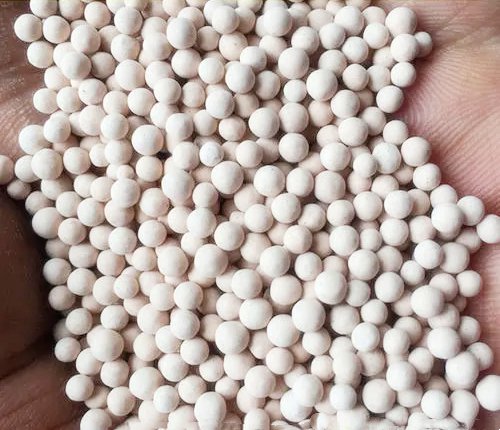 Insulating glass packaging boxes and packaging racks, the supporting parts of the glass are best placed around the glass so that the pressure is transmitted through the spacer frame to reduce the damage of the glass` Provided) consistent with the forward direction of transportation.

3.7 When installing, try to make sure that there is no pre-stress on the glass.

The frame of the installation should be flat. Ensure that the surrounding material in contact with the glass is a good elastic material so that the glass does not produce any deformation.

When hollow glass is used on the roof, especially the hollow glass made of heat-absorbing glass because it bears its weight and snow load, it is close to the vertical load in summer and the wind pressure load is large, so the glass is easy to break. The single piece of insulating glass in this part should preferably be tempered.

Through the selection, processing and manufacturing, packaging, transportation and installation, and other links to control "can prevent premature failure of insulating glass" to extend its use time and reduce maintenance costs. This will not only bring economic benefits but also get better social benefits and corporate reputation.