Mechanism of the rainbow phenomenon in insulating glass 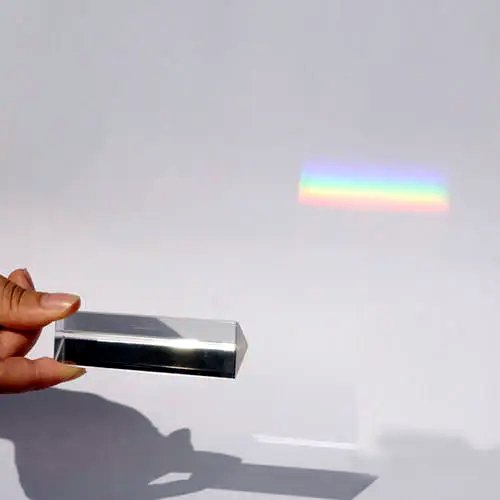 The problem of interference fringes of hollow glass is mentioned in some literature, but many are not clear, and some do not directly explain the interference fringes and explain how and why they appear. Of course, at least they mentioned that this is an optical phenomenon, not a defect in the glass. In fact, the purer the light, the more uniform the thickness of the glass, and the more likely interference patterns will appear when two or several pieces of glass are put together.

The most common is "Newton's ring" and "Brewster interference pattern", which can be regarded as two different phenomena, although they are similar and occasionally refer to the same thing.

Newton's ring is named after Ishak Newton (1642-1727). Although he did not give a clear explanation, he did a detailed study of the phenomenon. Some data indicate that Robert Hook (1635-1703) actually discovered this kind of interference pattern.

Newton's ring is the interference pattern that appears when two pieces of glass are in contact, and it is easier to see than Brewster's ring. The slides are actually separated by a thin layer of air. Very small changes in the air layer may result in linear, circular, or somewhat irregular interference patterns like map contours.

Changing the viewing angle can make the interference pattern slightly move, and the brightness and color may change accordingly. The most common color is the same as the rainbow, but it may be a bit dim. For example, by lightly pressing the glass, the air gap will be thinner, and the interference pattern will be more colorful, larger in area, and more divided into stripes. The thicker the air film, the narrower the stripes and the closer to each other, and the color tends to be dull.

On the hollow glass, if the air layer shrinks to the point where two pieces of glass touch in the middle, the Newton ring may become clear.

Brewster ring is named after Sir David Brewster (1781-1868), a professor of physics and the inventor of the kaleidoscope. In the study of light, he discovered birefringence and spectral analysis.

If the interference pattern is on the hollow glass and the two pieces of glass are not in contact at the same time, we usually call this phenomenon the Brewster ring.

There are two different optical paths on the hollow glass that may produce Brewster's rings. They produce two different interference patterns, which are referred to here as Type One and Type Two:

The first type of pattern is a rather strong optical phenomenon, usually brighter than the second type of pattern. A type of pattern often attracts people's attention because of its color or rainbow-like appearance. If the thickness of the two glasses of the insulating glass is very close, and the light path is the same, a type of pattern will appear.

The second type of pattern is a relatively weak optical phenomenon and can be considered negligible, although all hollow glass made of float glass may be seen at an angle, even hollow glass made of glass of different thicknesses will appear. The color of the second type of grain usually tends to be dull, or dull, and almost imperceptible rainbow-like.

First, the thickness and refractive index of the two single sheets of hollow glass are almost the same. After the light passes through the first sheet of glass, part of it reaches the second sheet, and part of it is reflected by the second interface back to the first interface, and then reflected from the first interface to reach the third. interface. When the light that originally reached the second piece of glass passes through the second piece of glass, it is reflected by the fourth interface. Since the thickness of the two glasses is almost the same, the reflected light meets at the third interface, resulting in interference fringes.

Because the thickness of float glass changes very little, if two adjacent pieces of glass are cut from the float glass ribbon and combined into the hollow glass, a type of interference pattern may be visible from a certain viewing angle. 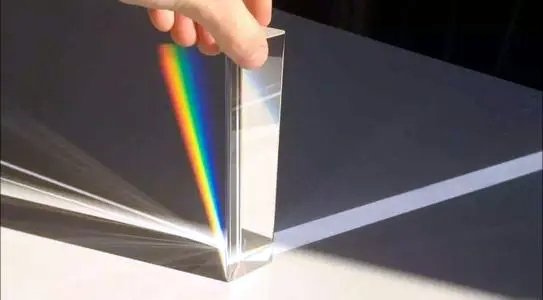 The rainbow phenomenon in insulating glass 1

The second type of interference pattern can be seen in hollow glass with different glass thicknesses. Because they usually appear gray in color, they are not as visible as the first type of pattern. They may exist, but they may not be noticed at all.

If there is an interference pattern, under certain observation conditions, it can be seen through the reflection side or the transmission side.

Observed from the reflection side

The most common type of pattern is: the angle of the light source is about 60○ or the angle of intersection with the normal of the glass surface is 0~30○.

Observed from the through the side

If viewed from the transmission side, the first and second types of interference patterns are more likely to be seen when the light source is incident and the angle of the glass normal is greater than 80°.

A type of pattern can be controlled to a certain extent in the following ways:

1. Use two different pieces of glass.

3. The same film position is reversed back and forth.

5. The second type of pattern cannot be eliminated, but it is usually ignored or not easily noticeable. However, certain lighting and observation conditions may result in the appearance of second-class lines.