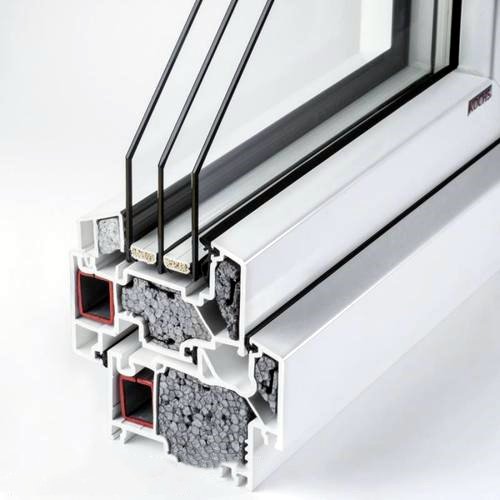 3. Discussion on the sealing life of the insulating glass

3.1 The influence of use environment on insulating glass

As shown in Figure 8, the insulating glass will be affected by various external factors during use 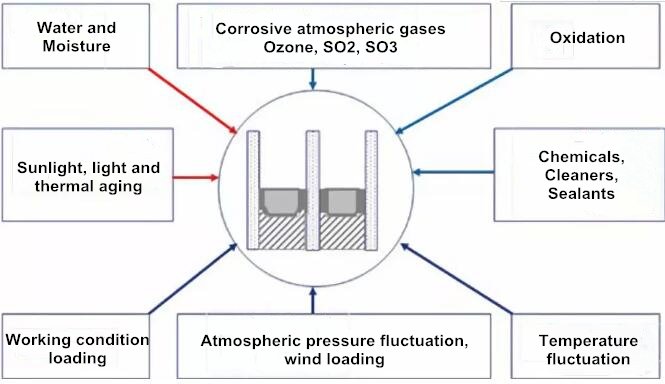 Figure 8 Environmental factors in the use of insulating glass

Especially due to the frequent changes of ambient temperature and pressure, the gas in the hollow cavity of the hollow glass is always in a state of thermal expansion or contraction, as shown in Figure 9, which makes the sealant under stress for a long time. For the traditional double-channel sealing system, the action of this force will cause the deformation of the sealant and the loss of its function, and the moisture in the environment will continuously penetrate from the edge of the hollow glass into the hollow cavity.

At the same time, the effects of ultraviolet rays, water, and other corrosive gases in the environment (the term "corrosion" provided by Google) will accelerate the aging of the sealant, thereby accelerating the rate of water vapor entering the hollow cavity and the escape of the filled argon gas. This kind of water vapor penetration occurs at any time. The drying agent in the edge sealing system (the term "drying" is provided by Google) will eventually lose the water vapor adsorption capacity due to the continuous adsorption of water molecules, increasing the water vapor content in the hollow cavity of the hollow glass. The failure of the seal leads to a reduction in the energy-saving effect.

For the three-glass two-cavity hollow glass commonly used in passive room glass of the new energy-saving building concept (see Figure 10), the glass on both sides of the glass will be subjected to the action of the other cavity to produce greater stress, resulting in butyl The deformation of the glue reduces the effect of the first seal and increases the passage of water vapor, so that the insulating glass will fail more quickly, and the sealing advantage of the thermoplastic spacer will be more obvious.

3.2 Factors affecting the life of the insulating glass

What is the moisture permeability index I value? 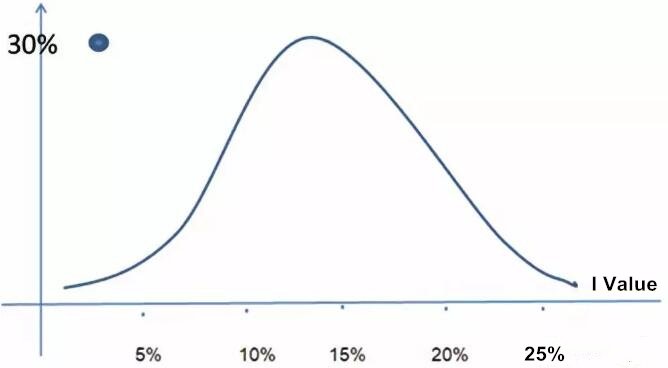 At the beginning of this century, the European Insulating Glass Association UNI conducted a statistical analysis on the test results of the water vapor seal durability of European insulating glass products (see Figure 13). It can be seen from Figure 13 that the median value is between 4% and 5%. , It can be seen from the two statistical results that there is still a big gap in the overall sealing life of domestic insulating glass compared with foreign countries. 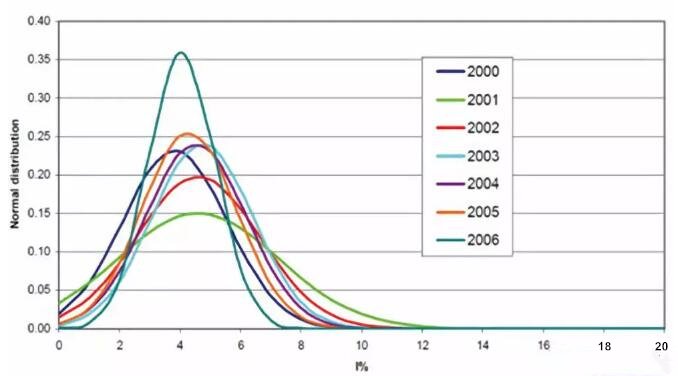 In the past two years, the quality of passive room glass has also attracted much attention. Table 3 is the test results of the water vapor sealing durability of three-glass two-cavity insulating glass by the National Glass Quality Supervision and Inspection Center in recent years. It can be seen from Table 3 that the quality of insulating glass produced by different companies has a relatively large gap, and the overall quality level needs to be improved. If such glass is used in passive buildings, it will far fail to meet the requirements of the same life span as buildings. To solve this problem, we should start with materials and processes, and at the same time seek more advanced sealing structures.

To study and analyze the performance of the insulating glass of the thermoplastic partition system and verify its durability advantages, the National Glass Quality Supervision and Inspection Center selected Comerlin to produce the 4SG product of the thermoplastic partition, using Dow Corning silicone structural adhesive as the external sealant. Using Bystronic's fully automatic production line, a sample of gas-filled insulating glass was produced. According to the water vapor seal durability and gas seal durability in the GB/T11944-2012 standard, 5 standard cycles of testing were carried out.

Each cycle of the test is composed of high and low-temperature alternating cycles and constant temperature and humidity. The first stage: 56 cycles, one temperature cycle every 12 hours, the temperature ranges from -18°C±2°C to 53°C±1°C; the second stage: an environment with a temperature of 58°C±1°C and relative humidity greater than 95% The temperature is maintained for 7 weeks, and each cycle is 77 days (Figure 14).

In this test, 5 groups of samples are put into the aging test box. After each cycle is completed, one group is taken out for the final moisture content test and the I value is calculated. The results are shown in Table 4.

First, the initial argon content of the insulating glass tested for durability was tested. The results are shown in Table 5.

Secondly, following the testing method of China's domestic industry standard, the samples were tested for 5 cycles, and the argon content was tested after each cycle. The test results are shown in Table 6.

Table 6 Test results of argon content of samples after aging

Judging from the test results, the insulating glass of this type of thermoplastic spacer (4SG) system can still meet the requirements of the national standard regardless of the moisture permeability index or the argon content after the 5 standard aging cycle tests. The moisture permeability index After 5 cycles, the test results are better than the current standard cycle test results of the traditional domestic sealing structure, and the gas content has only dropped by about 4%, indicating that the service life of the insulating glass of this system will be much longer than the current domestic mainstream sealing structure insulating glass.